As Hazwan and Syakir, they have to wait the reopening of the school because of the CO-VID 19. In the mean time they planned a visit in Ho Chi Minh City and they will tell us about their trip.

Report by Izwan, Matin and Nifael (Volunteers from Brunei Darussalam)

Article by Antoine (LMTV from Belgium)

They booked a bus to go from Cao Lanh to Ho Chi Minh, it took them four hours to get there. A van picked them at their dorm and took them to the bus station.

Izwan: Here the bus system is really organized and more systematic.The bus company provides transportation from our house to the bus terminal which is quite convenient. Buying the ticket is easy without the language barriers. We can either book the ticket online or using the apps or buy it at the last minute.

Nifael : The bus that we had for the trip was a sleeping bus which we don’t have in Brunei. The bus consists of mini beds where people can lay down or sleep during the trip. It is comfortable and convenient. In terms of safety, the driving awareness of the drivers is quite unusual compared to our home town. In fact, they drive too close to each other which worries me sometimes although the ride is cheap.

Matin: It was my first time travelling on a sleeping bus, the bus was so comfortable even though i was anxious by how the drivers in vietnam drive. The price for our trip from Cao Lanh to HCMC was only 115,000 VND

When they arrived they directly went to their appartement to drop their luggage and stayed a few hours. In the afternoon they went in the Malaysian street in Ho Chi Minh to eat and buy some souvenirs.

Izwan: Our room was located on the 22nd floor and the view was magnificent. From there we could see all areas of the city, the road, skyscrapers and rivers. During the night the view of the city is beautiful as the city is very much alive. Here we can find halal restaurants as the majority living here is muslim. The people here not only can speak Vietnamese but Malay as well. Most of the restaurants here serve Malay cuisine such as nasi lemak and daging rendang. The price of one nasi lemak is 80 000 dong, it’s quite cheap for a halal food and very authentic as well.

Matin: When we visited the Malaysian street, I was so happy that I got to eat Malaysian Cuisine and we had no trouble with communication since the waiter and waitress over there knew how to speak Malay.

Nifael: Malaysian street was also a relief to some of the volunteers including me with because the feeling of homesickness was harsh. Malay food helped to decrease the feeling of that sickness. Seeing Malay people roaming around the streets gave a feeling of reassurance as well.

Izwan: Ben Tanh market is a must go place. Ben Tanh market offers many kinds of items here such as T- shirts, sport attires, bags, wallets, belts, souvenirs and much more. Here bargaining is essential as the price of an item can fall from 500 000 dong to just 150 000 dong.

After they bought some souvenirs and ate in the Malaysian street, they went shopping in the city center.

They really enjoyed Malaysian street because it’s rare for them to find halal food and Malaysian speaking people. So they went again in the street to eat.

They spend the day in markets around their appartement and shopping center. In the evening they went eat sushis.

That day they joined Hazwan and Syakir at a coffee with Ms Vy. They discussed about their lessons that will start the next week, and about their visit during the day.

They visited the Ho Chi Minh City Arts Museum, a Mosque to pray after lunch, and then took a boat to cross the river. There they  could watch the city from the other side.

Matin: It was a nice feeling when we had our prayer at Musulman Mosque as i haven’t visited a mosque in a while. The War Remnants museum was also a nice experience, the museum store many documents and the remnants from the war itself.

The river cruise was a disappointing experience as the tour was boring and you have nothing to see. The view at the place where Ms. Vy invited us was amazing, you get to watch Ho Chi Minh City from the other side of the city. However, the place was dirty and we found many rats and garbage lying on the floor.

Nifael: We visited the mosque in Saigon which was heartwarming. And the war remnants museum drove my interest 180 degrees more than what I anticipated in the arts museum.

Last day in the city, they took a tea in a shop near the bus station and waited for the bus. When they cam back in Dong Thap they wrote their report and prepared for the next week. Their lessons will finally start.

Hazwan and Syakir are two SJ Vietnam’s volunteers currently working in Vinh. They will teach English to students in... read more

Due to CO-VID19, kindergartens, schools and universities are temporary closed. So did the university where Muhammad Abdul Syakir Bin... read more 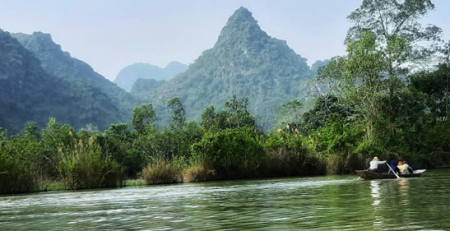 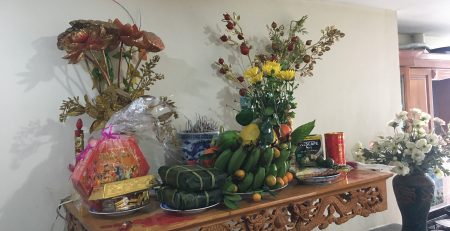