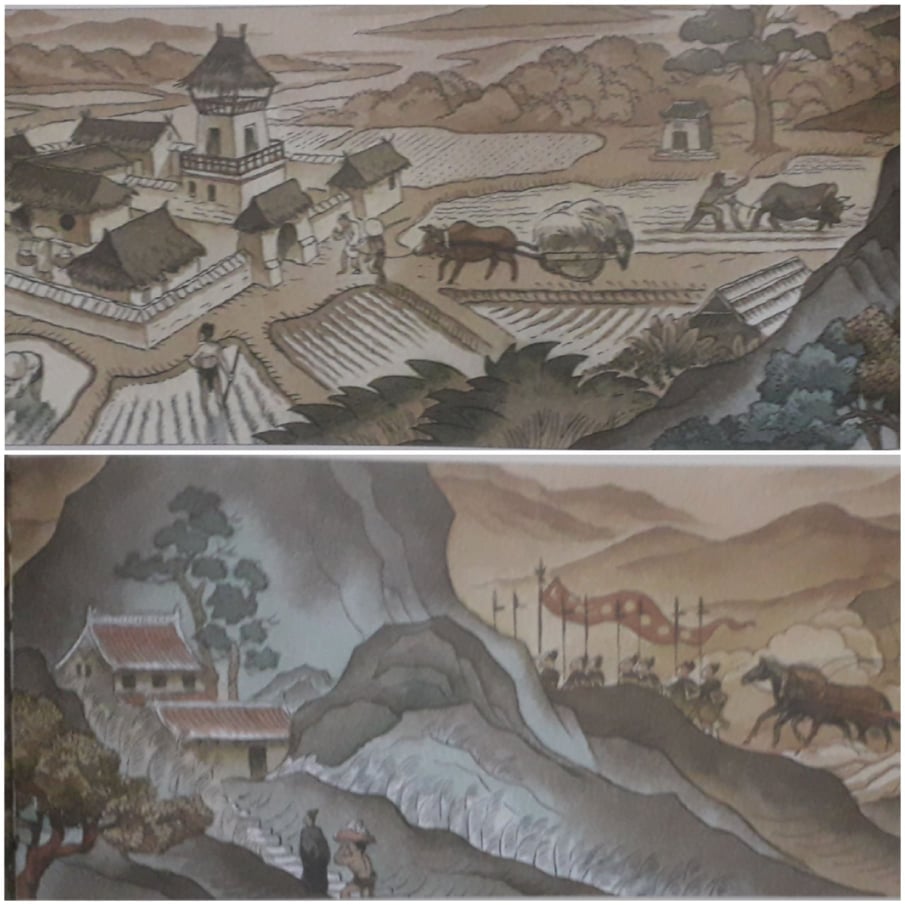 Trying to invade Âu Lạc several times in vain, Zhao Tuo, King of Nam Việt, feign a partnership. He sent his son, Trọng Thủy, to propose marriage to King An Dương’s daughter, Mị Châu. Trọng Thủy stayed with his in-laws, acting as a Trojan horse. Overconfident, An Dương was tricked. In 179 BC, Zhao Tuo occupied Âu Lạc. The millennium-long Northern domination started in Vietnam. In 111 BC, the Han replaced Zhao Tuo and the Việt people constantly rose up against oppression. The first successful rebel launched by Sisters Trưng in Mê Linh (present-day Hà Nội) in 40 AD.

The Việt people maintained their self-control for three years. In 43 AD, Sisters Trưng were defeated. Vietnam once again lost its independence. The Han cultural assimilation was very severe. Administrator Shi Xie (137-226), an official of the late Eastern Han Dynasty, introduced Confucianism into Chiao Chih commandery (the then name of Vietnam). So, Shi Xie was honored as “Founder of education in Vietnam”. Taoism and Buddhism were also imported and, together with Confucianism, infiltrated into Vietnamese people’s spiritual life. 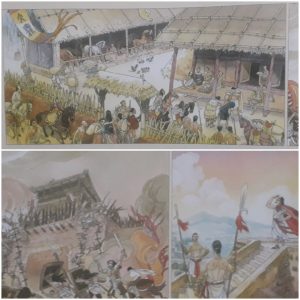 During the Chinese domination, on the basis of exposure to Chinese culture, the Vietnamese people had created their own cultural identity. In the era, Luy Lâu (present-day Bắc Ninh Province), as a cultural center, played an important role in Chiao Chil (the name of Vietnamese territory under Chinese rule). The Việt people first knew about Buddhism through Indian monks who crossed the seas to Luy Lâu.

In their belief and customs, they always showed respect and gratitude to their parents and ancestors. They kept a lifestyle of harmony within their communities, worshipped celestial, natural and human deities, and dignified symbols of national aspiration. Such customs as making chignons, tattooing, blackening teeth, chewing betel were maintained. 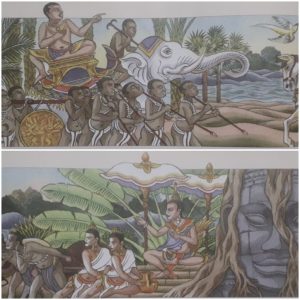 Together with the Việt, the Cham were one of the ethnic origins of the Vietnamese nation. They once built a brilliant culture which could compete with any Southeast Asian nation. The Champa culture was greatly influenced by India’s. The Cham adopted many religious values too: Buddhism kindness to animals, benevolence of Vishnuism (Vaishnavism), power of Shivaism (Shaivism).

The Cham had their own script and used lunar and saka calendars.

They built Indian-style temples and stupas on a smaller but more sophisticated model, with Champa characteristics. Stupas were built in bricks on high mounds, symbolizing Meru Mout – the universe center in Hinduism. A main stupa would be surrounded by auxiliary ones. The Cham were sea-oriented dwellers who were involved in offshore fishing and bartering goods with islanders in the Pacific. 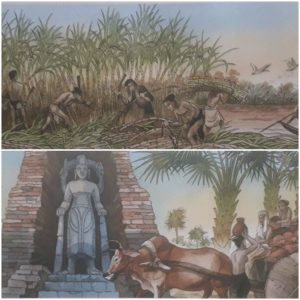 In the southern part of Vietnam, residents of the Óc Eo culture lived in various ecological subregions, including Long Xuyên Quadrangle forests. They settled in houses built on stilts or on the ground. Their main crops included rice, sugarcane, coconut, and areca-nut and so on…

Handicraft and commerce were also well-developed. The ancient coins along with many types of merchandise found in the archaeological excavations in the old sea ports of Óc Eo, Ba Thê… are convincing proofs. In particular, Óc Eo residents were highly skilled in jewelry crafting techniques, especially in gold crafting: rings, earrings beads, carved gold leaves with Buddhist and Brahmin themes…